Despite the risks, ATA hosts artisan fair in Yemen 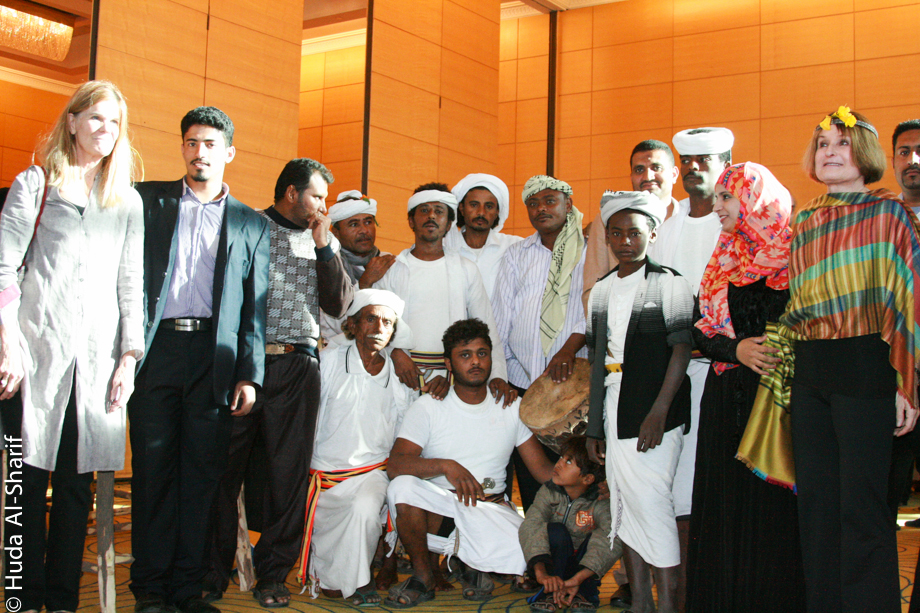 Informed readers that you are, you are certainly aware of the serious conflict in Yemen. ATA has taken on the task of helping artisans there as we do in so many more peaceful places around the world. Despite the serious risks, armed guards, armored SUVs, and other scary things, our senior ATA staffer—Monika Steinberger—did the near impossible. She organized a successful artisan fair in downtown Sana’a for the benefit of Yemeni artisans. 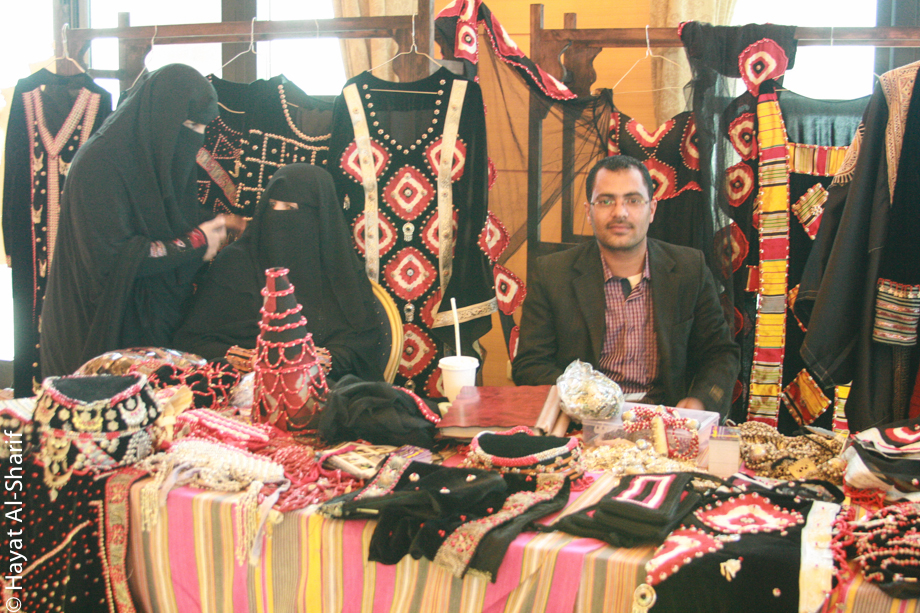 Yemeni artisan pictured with his crafts (Photo by Hayat Al-Sharif)

Local craft stores, artisan associations and honey producers brought their products to the Moevenpick Hotel. There the artisans were able to display their wares in a beautiful lay-out designed by ATA consultant Lyn Nelson. Artisans’ collections included ornaments, palm basketry, home décor, jewelry, ceramics, furniture, men’s woven skirts and women’s accessories. The fair also featured an exhibition of antique bridal gowns, and performances by local dancers and musicians added a distinct community feel to the event. The exhibition was attended by officials from the Ministries of Social Services, Agriculture, Tourism, as well as the Undersecretary of the Ministry of Culture, Mujahid al-Yateem, Other attendees included representatives UNDP, USAID, the Dutch Embassy, a number of prominent local businessmen, and a large crowd of enthusiastic local people. 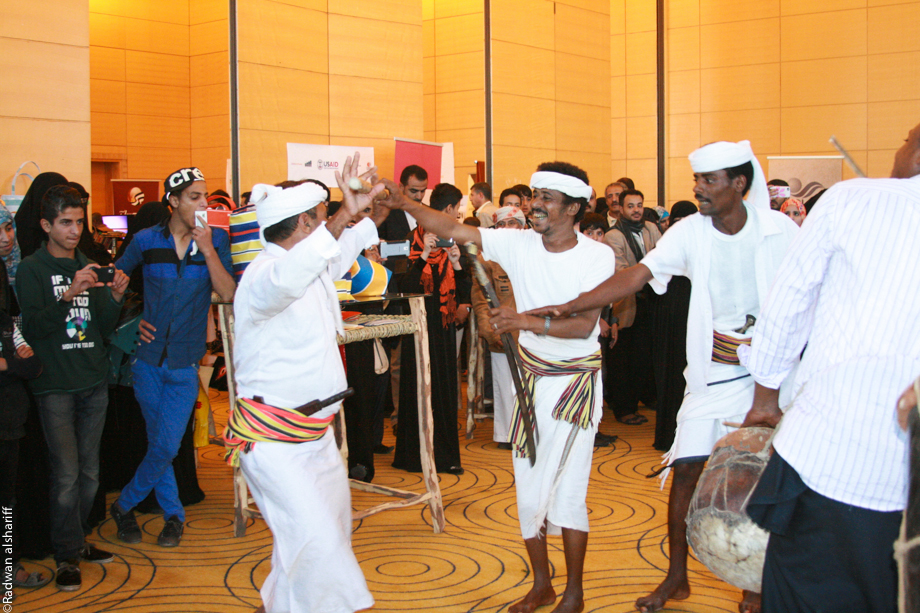 Local dancers perform at the fair (Photo by Huda Al-Sharif)

Speaking to local reporters, ATA Director of Program Management and Development, Monika Steinberger, expressed satisfaction at being in Yemen for the second time to implement this exciting event. “Every time I am in Yemen, I am surprised by the great creativity of its artisans and its fascinating heritage” Steinberger said. ”It’s a beautiful country of friendly people who make me feel very welcome”. 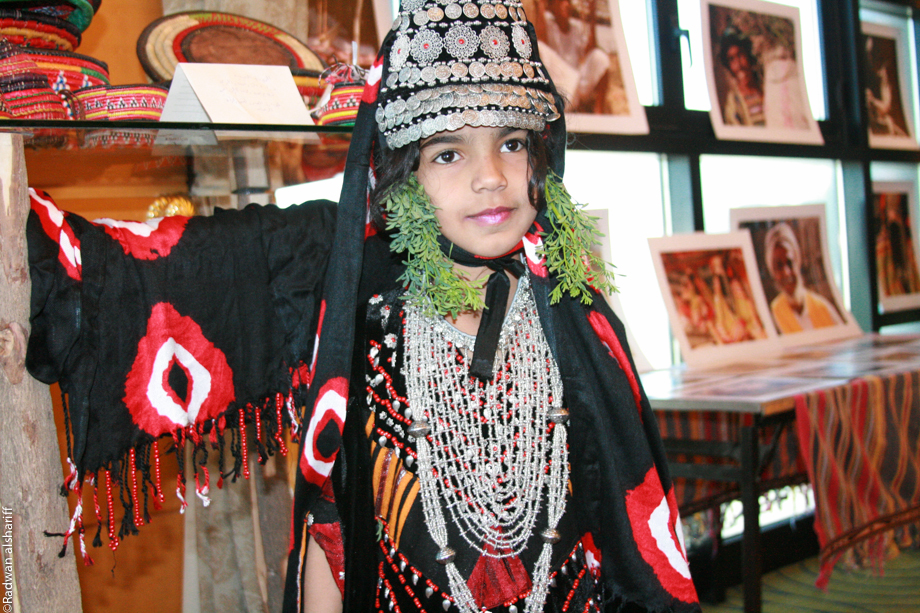 The fair turned out to be a strong motivator for the artisans participating in CASH and served as valuable on-the-job-training for them. Many lessons were learned, leaving artisans excited at the next steps in the development of their products.

Our local coordinator, Hayat Al-Sharif, emphasized that the event attracted the attention of the most important ministries, representatives of local councils, artisans, and creative people. “ATA focuses on mainly on female artisans” she added.” We train women to add modern touches to their crafts with less effort, cost, and time. These modern touches raise their crafts to an international level.”

Plans for the next steps are already underway. Based on the success and lessons learned at the event, as well as security limitations in Yemen, artisan leaders will be invited to attend the five-day ATA Market Readiness Program™ (MRP) in August 2015 at NY NOW™. Artisans will develop their business skills through ATA’s signature training program in New York, and all of us at ATA are excited to welcome them.