ATA’s President’s First Visit to the State of Puebla, Mexico: A Human Story

Idea+Materia is an artisan development project initiated by Rafael Moreno, the Governor of the state of Puebla, Mexico, who had been inspired by ATA’s work in Chiapas and reached out to us for implementing a program in his state. Idea+Materia was born.

In November 2015, ATA’s President, Bill Kruvant, was on the forefront throughout the whole process. He talks about his trip to Puebla and about the involvement of ATA in this Mexican region. In Puebla, he found a “bi-level” state of handcraft, with on the one hand sophisticated, high-skill and market savvy handcrafts, and the other hand more modest, less market-oriented handcrafts in need of improvement. It is on the latter that ATA’s project is focused.

During his trip, Bill visited different sites and artisan groups. He explains how each of them is facing different types of challenges, whether it is a lack of basic tools, or a need to modernize their designs or to learn marketing strategies.

In partnership with local consultants, such as the famous Mexican designer Carla Fernandez, and ATA international designer Mimi Robinson, ATA works with these talented artisans to expand their business, and develop new product lines while preserving their cultural identity. “ATA’s agenda is very practical,” says Bill, “we want these people, that are mostly poor, to prosper. We also have an overarching goal of cultural preservation.” He insists on the fact that one of ATA’s main role is to show these artisans that they should build on what they’ve been doing for centuries, rather than trying to compete with Chinese factories. “The story is about people and culture, it’s not about the stuff,” concluded Bill, “handcraft is culture.” 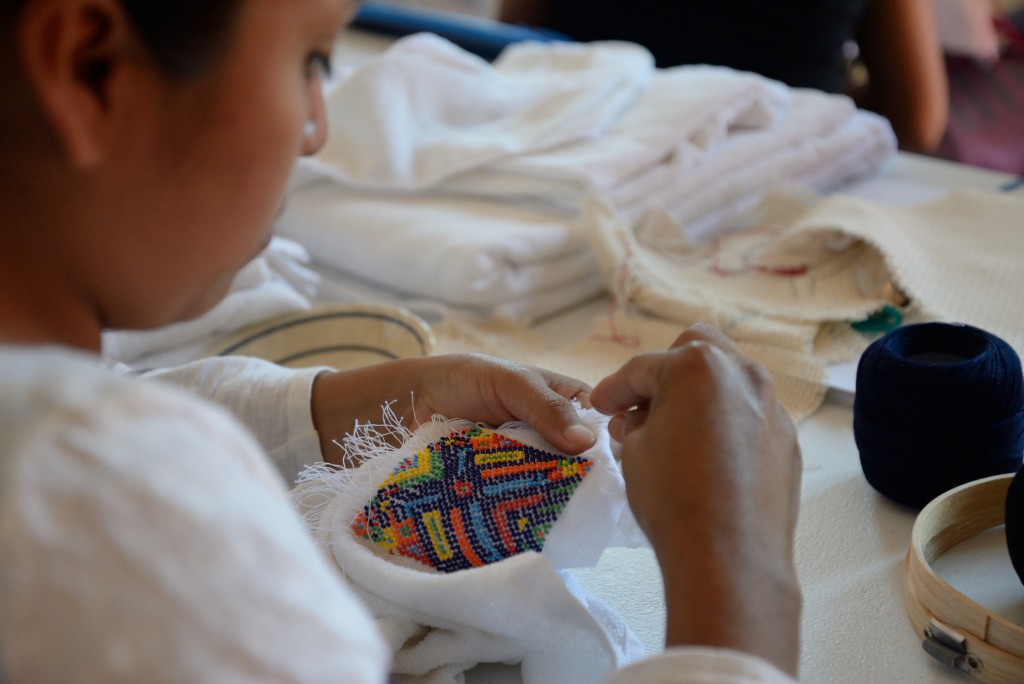 Come and check out Idea+Materia’s booth number 429 at NY NOW , a home and lifestyle market featuring products from all over the world that will take place in the Big Apple from January 30th to February 2rd. The booth will include products developed by Mimi Robinson, as well as many other amazing handcrafts from Mexican artisans.